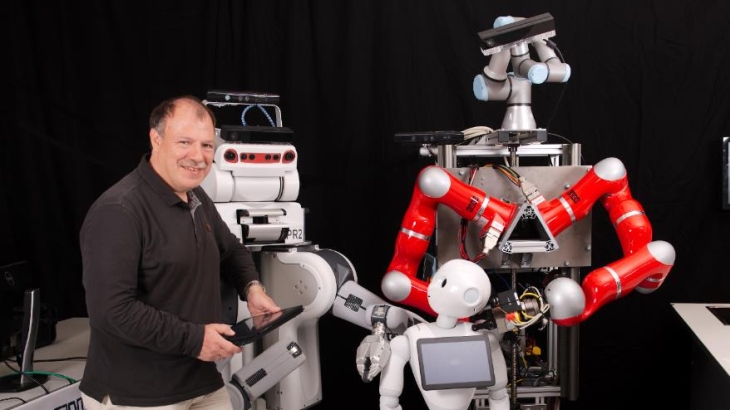 Making pizza, popcorn or pancakes is no problem for the robots Boxy and Pepper from the Institute for Artificial Intelligence in Bremen. But is their artificial intelligence really enough to provide help to people who really need it in their everyday lives?  'No, not yet', admits Professor Michael Beetz, one of Germany's most renowned robotics researchers. He is relying on two strategies to get closer to realising the dream of dependable AI helpers for everyday needs.

Professor Beetz, which is easier: teaching children  or robots  to make pizza?

You don’t need to be a professor to teach children how to make pizza. However, it's just as much fun with either children or robots – as long as you don't worry about tomato sauce getting all over the kitchen. Our robot Boxy is now very good at putting on the pizza toppings. But only if we fill the tomato sauce and the cheese in their usual red and yellow bowls first. The difference between children and robots becomes obvious when something goes wrong or just differently than normal: If a bowl accidentally falls on the floor, children will generally know what to do: pick up the bowl and wipe up the spilled sauce. The robots, on the other hand, are not familiar with this situation unless they have explicitly been trained in what to do in such situations. 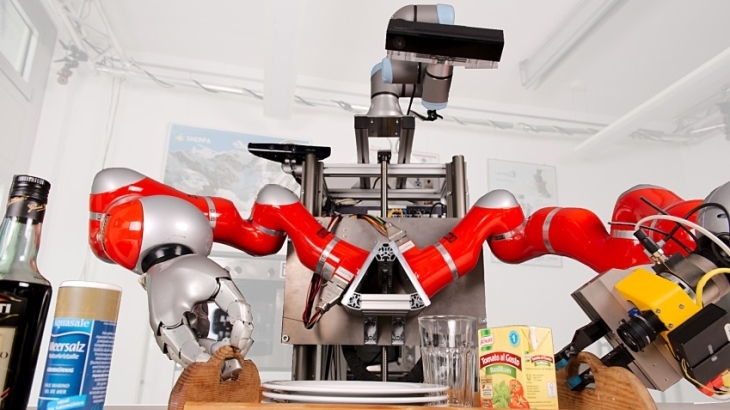 Robot Boxy is getting ready for pizza baking.

How intelligent is 'Artificial Intelligence' really?

Don't be fooled by the videos of cooking, dancing or vacuuming robots on the internet. They're not yet really intelligent in the sense of truly being able to act independently. They still lack a comprehensive understanding of everyday situations.

It comes as a surprise to many people, but it’s much more difficult for a robot to lay a table or to pick up a bottle and pour some milk into a glass than it is to win a game of chess against a grand master.

It took our robot Raphael a year to learn to make popcorn on its own! At that rate of development, we obviously won’t live long enough to create robots that can respond to our needs and desires. We want robots that can also carry out abstract instructions on their own and, for example, help people in need of assistance, all without making any mistakes. After all, it’s not enough for granddad to be put to bed well on only three out of four nights.

Robots are using your online platform 'OpenEASE' to learn all by themselves and to do so faster than ever before. How does it work?

Around the world, robotics researchers are trying to increase the speed at which robots learn, to bring them to perfection and to reduce the programming hurdles. Here in Bremen, we are following two paths to achieve this. Firstly, we are employing virtual reality to teach our robots to learn things on their own, so that we don’t have to laboriously programme every little action ourselves. Secondly, we are using 'OpenEASE' to provide an open-access knowledge database for robots, a sort of Robo-wikiHow. Robots all around the world can use it to link up simultaneously online to share their knowledge on motion sequences in their own language. In this way, Raphael learned on its own how to open a fridge door from a Japanese robot in Tokyo! 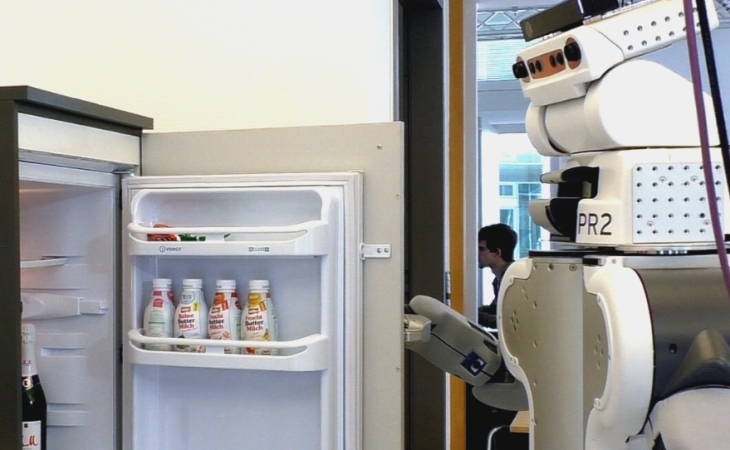 Life hacks for robots: Raphael the robot from Bremen learned how to open the fridge from a Japanese robot via the internet.

Is the 'OpenEASE' platform really freely available to everyone?

The robot knowledge on our open source platform OpenEASE is freely available for everyone. Not only robots but also programmers from all around the world can use it. It allows talented robotics fans of all ages and all backgrounds to increase the available knowledge. The problem is that, up to now, research has mostly taken place behind closed doors in big successful companies and has generally prioritised commercial interests. OpenEASE helps make research on artificial intelligence and robots more democratic and more responsible and also more sensitive to the needs and rights of citizens. Simple tutorials explain how it works. Just take a look.

Come back soon for part 2 of our interview with Prof. Michael Beetz: 'The difference between German and US research on artificial intelligence'

'We are planning several German-US AI and robotics workshops for 2020 in the United States. I believe that the research approach on each side of the Atlantic can complement each other very well – especially if both countries expand the share of open-access research and do more to increase the availability of open software and data pools.'

Professor Michael Beetz, Head of the international TransAIR project of the Federal Ministry of Education and Research.