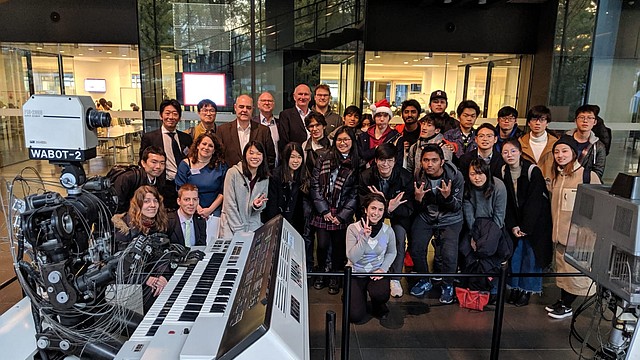 A German-Japanese idea-sharing and programming event at Waseda University, Tokyo indicates how robots like Pepper can help remedy nursing shortages in ageing societies.

In Europe, fear prevented the use of robots in nursing homes previously. But the acceptance of assistant robots has never been a problem in technophile Japan. Pepper has long become part of everyday life, serving customers in electronics shops and showing guests to their tables in restaurants.

So why did Pepper have trouble gaining a foothold in nursing homes in Japan, a country faced with enormous shortages in the care sector?

Robotics programs neglected the needs of the care sector

Up to now, researchers would write robotics programs without considering the needs of the care sector.  'Robot bingo and dance performances are not enough to make lasting improvements to the care sector. There is still an imbalance in the supply and demand of robotic services in the care of elderly people', says Martin Rathmann from the University of Siegen and project manager of the PADERO (Participatory Design in Robotics for Elderly Care in Germany and Japan) research network. 'For far too long, programmers and engineers have been programming without any external input, without any knowledge of the specific needs of seniors and health workers in their everyday life.'

This situation is now set to change thanks to the PADERO research project, funded by the German Federal Ministry of Education and Research (BMBF).

'Only when developers and programmers take the concerns of elderly people and nursing staff seriously and try to understand the reality of their everyday lives, can we design and program robots in such a way that they can produce real benefits and become accepted', explains Martin Rathmann.

Participatory design is the key

This approach, which explicitly includes all stakeholders – elderly people and nursing staff in this case – in the solution development process, is referred to by researchers and developers as 'participatory design'.

Participatory design really does help to put theory into practice and find a suitable approach to using artificial intelligence and robotics in geriatric care. This was demonstrated at the first German-Japanese hackathon held at Waseda University in Tokyo and launched by the PADERO research network. 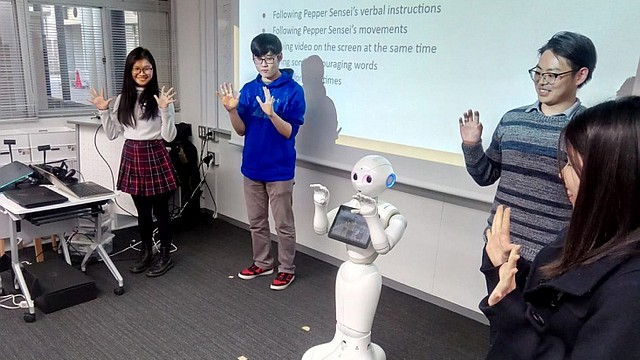 24 hours, a set of virtual reality goggles and a team of international researchers

At the programming and idea-sharing event, teams of researchers and students from different countries and disciplines such as computer science, engineering, mechanical engineering, medical physics and social work worked together. They were given several computers, robots, a set of virtual reality (VR) goggles and 24 hours to jointly develop scenarios for the use of robotics and virtual reality in geriatric care and to test out prototypes for implementation.

And the winner is...

The jury selected 'Pepper Sensei’s Exercise Course' as the best development of the hackathon. The course aims to support elderly people by promoting not only social interaction, but also physical activity to help prevent falls and improve head and arm mobility. The main advantage is that while Pepper demonstrates the exercises, the care workers have time to take care of the participants and give them the individual help or motivation that they need.

The jury was made up of researchers from the Universities of Waseda, Tohoku, Siegen and Kiel as well as experts from the Japan Quality Assurance Organization (JQA) and the National Institute of Advanced Industrial Science and Technology (AIST) from Japan.

A milestone for project PADERO

In addition to the high quality programming work, Martin Rathmann particularly praised the creative and effective way in which the international, interdisciplinary teams used participatory design under extreme time pressure.

This event marked a first milestone for the PADERO project, which is supported by the Federal Ministry of Education and Research (BMBF) within the scope of their international 'The Future of Work' campaign.

A second workshop is already planned to provide further inspiration for how technological solutions can be used to tackle the major challenges for the healthcare sector caused by ageing societies such as Japan and Germany.

This event will be held in Nagoya on 7-8 April 2020 at the Center of Assistive Robotics and Rehabilitation for Longevity and Good Health, which is part of Japan’s National Center for Geriatrics and Gerontology.

Read also: 'Nursing shortages – How robots can provide a cure'...