Nursing shortages: How robots can provide a cure 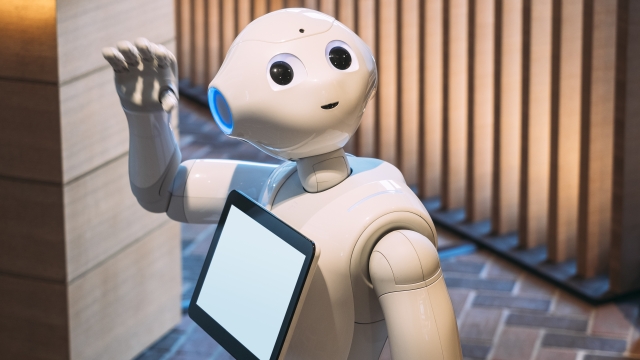 Can robots like Pepper help remedy nursing shortages in ageing societies such as Japan and Germany? Scientists from the international robotics research network PADERO say: Yes, they can!

More and more elderly people in Japan and Germany require extensive nursing care and support. But care workers are often already stretched beyond their limits. Great hopes are being pinned on robotic assistants like Pepper to help solve the skills shortage in the care sector.

However, the cute humanoids have not yet reached widespread acceptance within care homes – neither in Japan nor in Germany. This is primarily due to two main hurdles that the PADERO (Participatory Design in Robotics for Elderly Care in Germany and Japan) research network has successfully addressed in cooperation with its partners at the Universities of Kiel, Siegen and Tokyo and at research centers in Sendai, Nagoya and Kobe.

Major hurdle: Fear prevented the use of robots in Europe

For many years, one of the main obstacles blocking the use of robots in retirement homes – at least in Europe – was the fear that it would lead to a loss of jobs.

But also reservations about working with machines meant that, for a long time, nurses, elderly people and their families did not want to picture a future in which robots would become incorporated into nursing care. 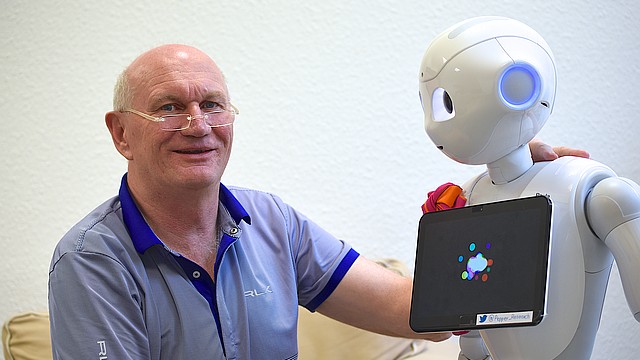 Dr. Rainer Wieching is one of the first German researchers to conduct exploratory studies using Pepper in German and Japanese nursing homes.

Two years ago, the tide started to turn

It wasn’t until two years ago that the tide really started to turn. PADERO scientists had conducted a number of studies using the popular Japanese robot ‘Pepper’ over several weeks in two retirement homes in Siegen, Germany and Tokyo, Japan.

The studies were the first to highlight the advantages of working together with robotic assistants. 'The exploratory studies showed that the use of Pepper to support activities like physical activation, cognitive training and social participation, didn’t just make the residents happier, but also put a smile on the staff’s faces!', says Dr. Rainer Wieching, researcher of the PADERO network at the University of Siegen. 'Care workers realised that the robot ‘Pepper’ did not replace them, but was able to support them in some aspects of their work. They saw that Pepper could reduce their workload in the future and help save time – so that they can actually spend more time with those seniors in need.'

The acceptance of assistant robots has never been a problem in technophile Japan. So why did Pepper have trouble gaining a foothold in nursing homes in Japan, a country faced with enormous shortages in the care sector?