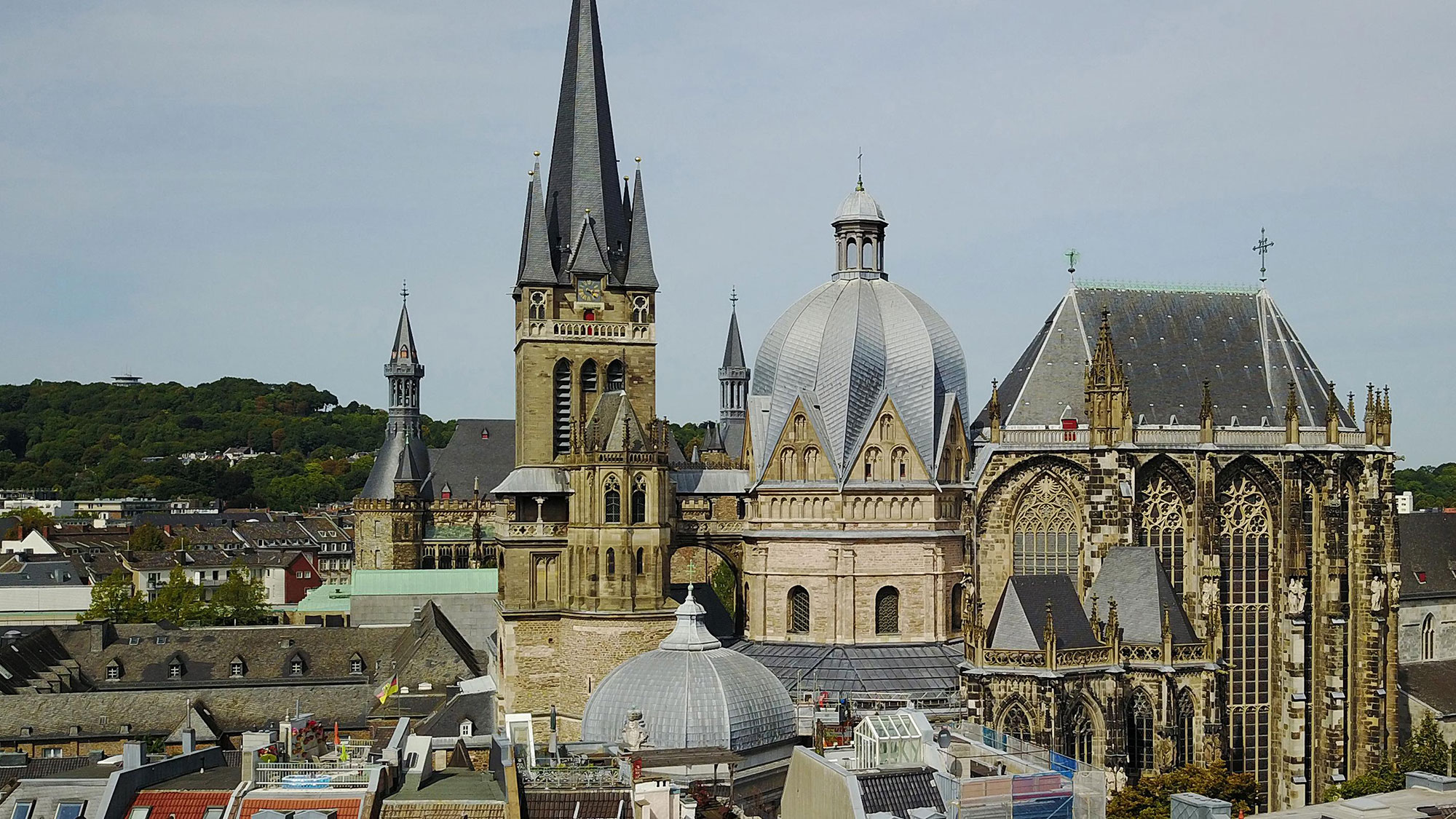 Aachen Cathedral is one of the earliest examples of European mediaeval architecture and is regarded today as a symbol of Western Europe’s unification and resurgence following the end of the Roman Empire: with the Palatine Chapel, which was built in around 800 AD, Charlemagne succeeded in reviving the brilliance of the ancient Roman culture. As a result, the coronations of German kings were held at this splendid building for around 600 years.

When pilgrims began to flock to the chapel from all over Europe in the fourteenth century, the original Carolingian chapel was extended to include a Gothic choir hall and other additions. “This combination of a Carolingian building and Gothic chapel apse cannot be found anywhere else in Europe”, says Bruno Schindler, an architect and research associate at the Chair of Architectural History at RWTH Aachen University. This combination is also one of the reasons why the cathedral was the first cultural site in Germany to be designated as UNESCO World Cultural Heritage in 1978.

Experiments to assess the risk of collapse

“The Gothic choir hall should be regarded as a ‘house of light’. Its pillars are extremely high to ensure that it would tower over the other buildings in the city, which by then had already grown”, explains Schindler. The Palatine Chapel was visible from afar thanks to its light and uncluttered interior. Furthermore, the high construction was what the master builders wanted; their aim at the time was to go ever “higher, faster and further”. This resulted in what Schindler describes as the cathedral effect. The 25-metre-long single-nave hall is dominated by its windows, which are around 26 metres high. “For a long time, it was not clear to what extent this kind of construction would risk collapsing”, says the architect. Incidentally, experts ask themselves this question with many Gothic buildings. The 2019 fire at Notre Dame in Paris in particular caused many structural engineers and cathedral researchers to spring into action. This shows just how topical this branch of research is.

Schindler has been studying the structural design of Aachen Cathedral since 2002. To this end, he spent more than ten years developing so-called extended chain models in a series of experiments. They are used by the scientists to draw conclusions about the stability of the building based on its constructional shape. An analogue simulation of the load transfer was performed in student seminars: “The building’s pillars can be simulated by a double chain. The first chain imitates the supporting structure and thus represents the exact distribution of the masses in the building. The second chain imitates the building’s shape and thus reveals the geometric architectural plan”, says Schindler. Fortunately, this showed that “the choir hall was obviously designed by its Gothic master builders in perfect equilibrium. Furthermore, the project provided us with a number of other nuanced insights into the load distribution of pillars and vaults”, explains the expert. 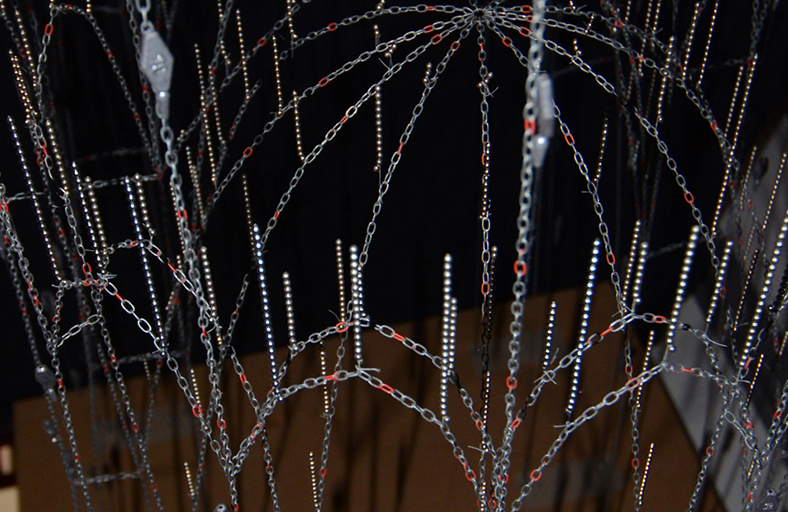 A chain model simulates the structural design of Aachen Cathedral.

The model will continue to be used in the future. For example when renovation work needs to be carried out or storm damage repaired – whenever questions arise about the balance and stability of the architecture, in other words. “If certain parts of the building are damaged, for instance, we can use models to determine whether this is due to structural reasons and whether there are any potential risks”, says Schindler. Between uses, the model is stored in the roof at Aachen Cathedral and also shown to visitors on guided tours.

The degree course at the Chair of Architectural History at RWTH Aachen University focuses primarily on historic buildings – like Aachen Cathedral. This also explains why so many students took part in the research project involving the chain model. “The investigative methods that our master’s students learn during our practical sessions make them attractive to employers in the area of monument preservation when they graduate”, says Schindler.