At the interface between IT and biology 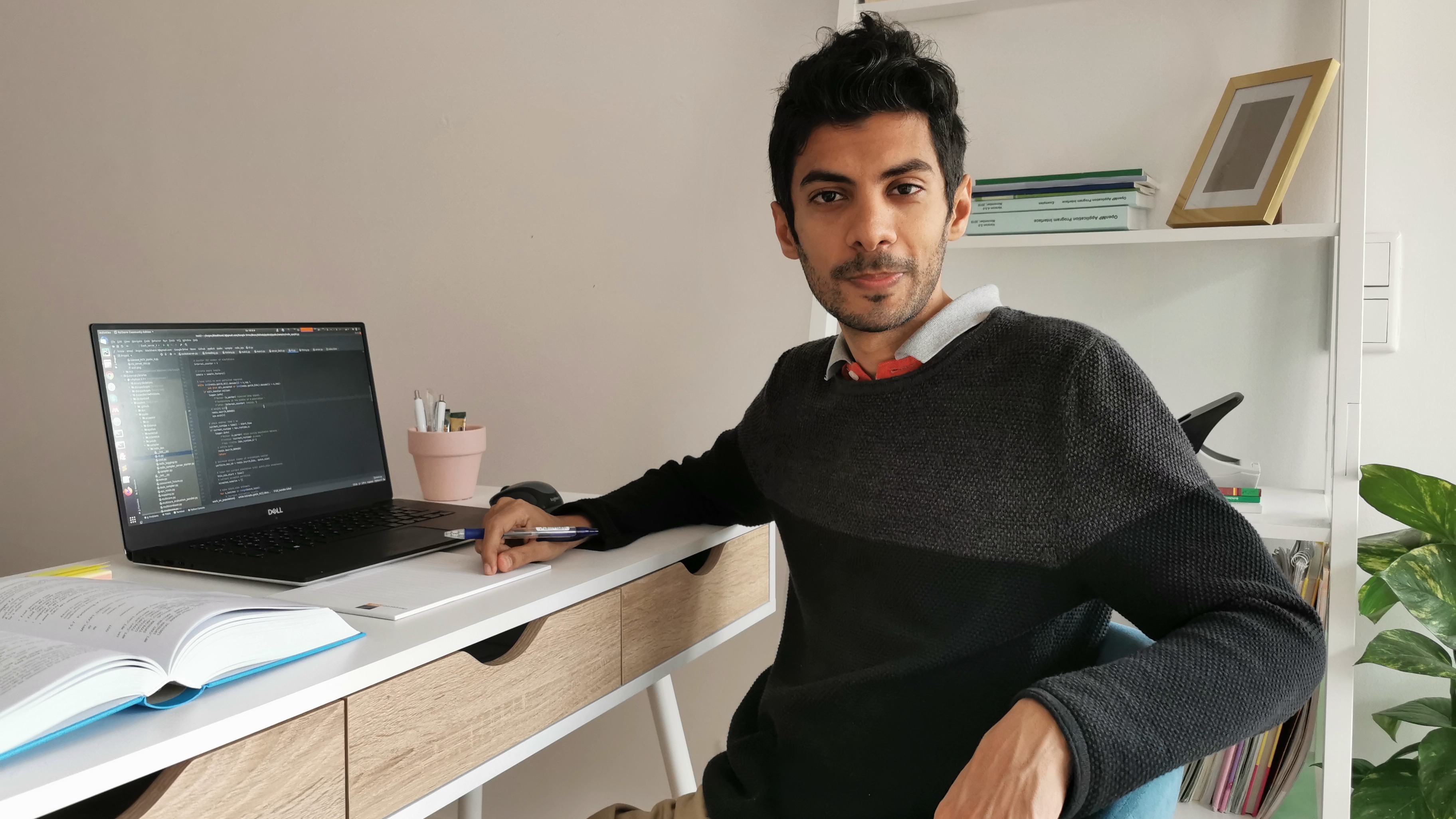 Emad Alamoudi was born and grew up in Saudi Arabia. The 31-year-old obtained his bachelor’s and master’s degrees in computer science there and acquired work experience as a programmer, both in the public and private sector.

Alamoudi had already secured a PhD place for himself in the USA but when he completed his master’s in 2017, controversial entry bans for the citizens of several Muslim countries had just come into force in the USA. The unpredictability of the US government at the time forced him to rethink his plans.

So he looked for and found a place on a doctoral programme in Germany that was a perfect fit for him: firstly, he already had the required experience in high performance computing (HPC). HPC is used in situations where individual computers are unable to provide the necessary computing power. What is then needed is a computer architecture that allows algorithms to be run in parallel on several interlinked computers. Secondly, the position was in the field of bioinformatics – a subdiscipline of IT that has particularly fascinated Alamoudi ever since his master’s course.

The University of Bonn is internationally renowned in mathematics. Outstanding scholars there include Professor Peter Scholze, who in 2018 was only the second German ever to win the Fields Medal, the highest award in mathematics. Scholze also belongs to the team of more than 60 Bonn professors at the Cluster of Excellence Hausdorff Center for Mathematics (HCM). They conduct research in pure and applied mathematics, as well as in theoretical economics, and they also have interdisciplinary groups. The HCM takes its name from the preeminent Jewish mathematician Felix Hausdorff, who took his own life in 1942 shortly before he was due to be deported to a concentration camp by the Nazis.

Predicting the spread of a virus

Alamoudi has been working on his PhD at the HCM since May 2019. The subject of his doctoral thesis is parameter inference and simulations for multiscale multicellular stochastic processes. An example illustrates what this means: Alamoudi is part of a team that is running simulations based on a Hepatitis C virus model that was originally developed at Heidelberg University. The researchers are studying the speed and effectiveness of different infection mechanisms. Some parameters in this model are unknown, however, such as the scaling factor for the spread from one cell to its immediate neighbour, to give but one example. Alamoudi and his colleagues infer the missing parameters by comparing the results of simulations with observations – in the form of imaging data – from the lab.

The computer scientist feels that Bonn is the right place for him in every sense. He finds his work in the international team fulfilling, and his wife and young daughter are with him. Though obtaining a visa for Germany was not all that straightforward, either, they were finally able to join him nine months later. “We have settled in really well. My wife is learning German and my daughter is in nursery school. As a person with concerns about racism, I also find Germany a good place to be: my wife wears a veil so it’s obvious to people that we are Muslims. And yet we have never heard anyone make a single offensive remark.”