The politics of inequality 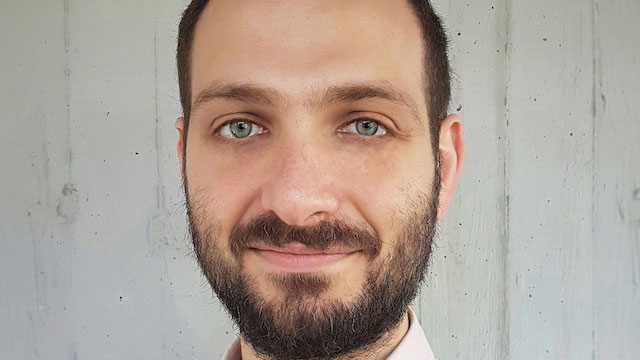 Every year, the pleasant countryside and mild climate of the Lake Constance region attract millions of tourists to this part of southern Germany. It was another factor, however, that played the key part in Ruşen Yaşar’s decision in 2017 to move to the lakeside town of Konstanz: its renowned university. “Among the universities in continental Europe, it is one of the most internationally competitive ones regarding political science”, says the political scientist. When browsing a UK job portal for interesting vacancies after completing his PhD at the University of Cambridge, he noticed that the Chair of International Relations in Konstanz was advertising a post on its “Traditional Governance and Modern Statehood” project.

Ruşen Yaşar, who is originally from Istanbul, specialises in governance and the role of institutions. In his doctoral thesis, he explored how political processes in Europe are interconnected at the local, national and European levels, and which role is played in such “multilevel politics” by institutions and individuals. The Konstanz research project, on the other hand, is investigating how traditional customary law and corresponding forms of legal practice coexist with state institutions in the countries of sub-Saharan Africa. “Looking at how African governments deal with those traditional institutions is not fundamentally different from looking at the relations between national and subnational governments in Europe”, says Yaşar. “It is just a different aspect of a broader question of governance.”

Thanks to his specialist expertise, Yaşar’s next step brought him to the Cluster of Excellence “The Politics of Inequality”, which was established in 2019. In the project “Ethnic Policies – Remedy for Between-Group Inequalities?”, political scientists and linguists are studying how state minorities policy has affected equality for the Sámi, an indigenous people in Scandinavia. A central element of the study involves surveying members of this ethnic minority in Sweden and Norway, which is where Yaşar’s particular expertise comes into play. This is because he surveyed local and national politicians in several European countries for his doctoral thesis, including members of the Committee of the Regions (CoR). Within the EU, this body represents districts, provinces, cities and communities to ensure that such sub-national institutions can make their voices heard alongside the national governments and parliaments of EU member states. “Through this empirical work I acquired a broad overview of the whole survey process”, explains Yaşar. This, he adds, includes compiling the random sample, preparing the questionnaire, establishing contact with the respondents and analysing the data. “The Sámi are a small minority group and there is no official record showing that somebody belongs to it. So how do you find a representative sample of a population that is hard to reach?”, is how Yaşar describes the problems posed by this kind of empirical study from the outset. Currently he is working on the technical basis for the survey, which also involves cooperating with opinion research institutes in Norway and Sweden. The survey is due to take place over a period of several months, starting in early 2021.

He feels very much at home doing his research in Konstanz. “My colleagues have a similar mindset and approach to empirical research”, recounts Yaşar. “And I can get good feedback when I present my ideas.” His working environment has changed since he joined the cluster. “We have more workshops and we have new fellows coming from outside. That makes university more lively, more diverse and the cluster a fun place to be part of”, the political scientist enthuses. He also enjoys the calm lifestyle offered by this small lakeside town. Ruşen Yaşar came to Konstanz together with his wife, who is also a political scientist. Now they are a family of three. “Perhaps one day we would like to move to a bigger city, but for now we feel happy to raise our child here and stay in this peaceful place.”