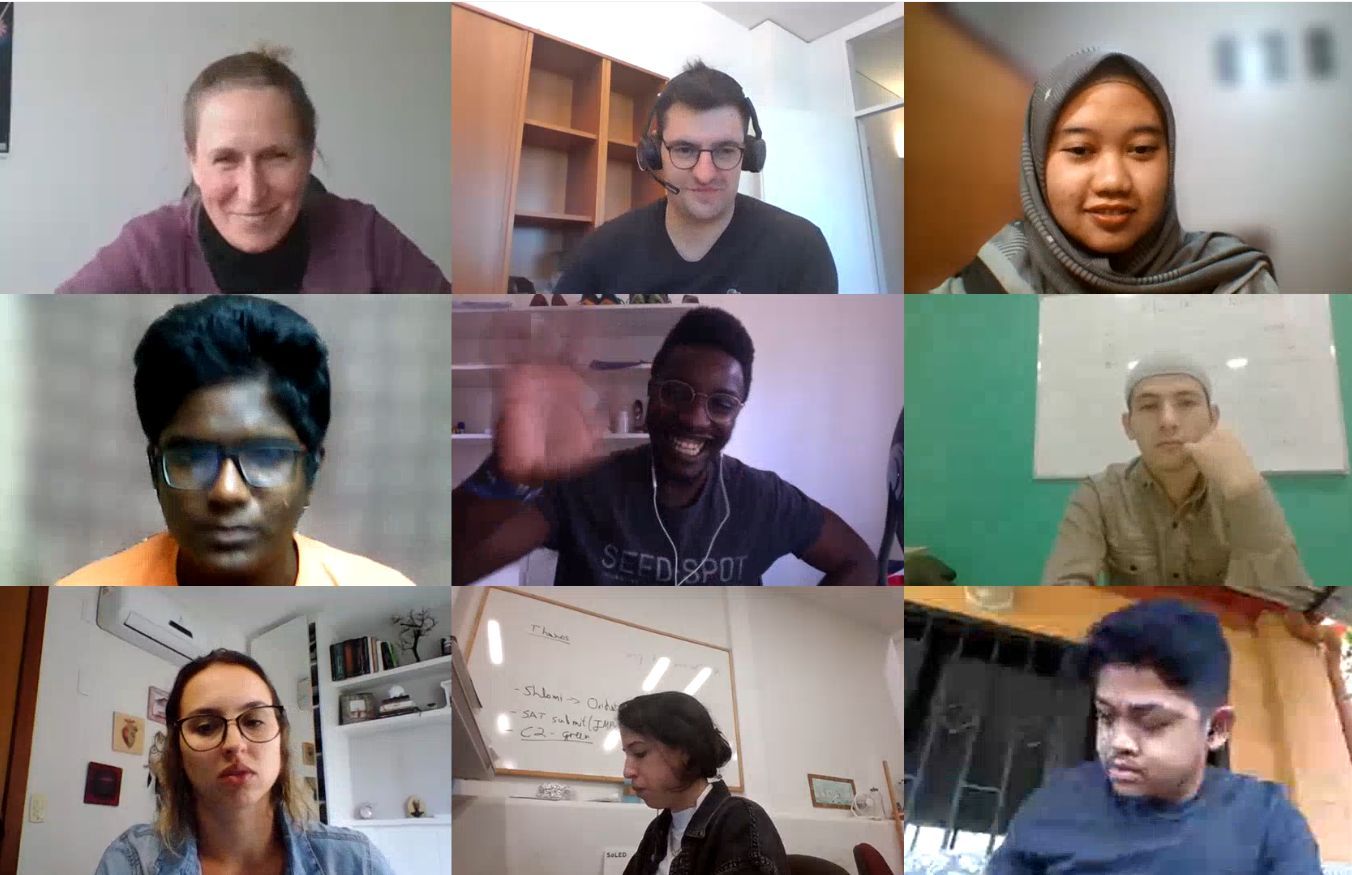 Over two billion people currently have no access to clean water. There is a lack of effective solutions to disinfect drinking water, especially in rural regions of the Global South. Dana Pousty wants to change this. A young doctoral student at Tel Aviv University’s School of Environmental Studies, she has developed a mobile solar-powered device that uses UV light to purify large quantities of water quickly and cheaply, eliminating any viruses and bacteria. Together with her professor, an engineer with management experience and an experienced founder, she has launched a start-up that is now seeking capital investors and strategic partners.

Dana Pousty discovered that Germany is an excellent place to begin such a search when she took part in the 2021 Innovation Week. In mid-November each year, the German Academic Exchange Service (DAAD) and TU9, the Alliance of leading Universities of Technology in Germany, organise a coaching and networking format within the framework of the "Research in Germany" initiative aimed at getting young entrepreneurs from around the world excited about a start-up career in Germany. They are picked from among the winners of the international Falling Walls Labs. Up to five young researchers additionally receive an invitation from the German Centres for Research and Innovation (DWIH), which likewise stage a Falling Walls Lab.

It was the coaching sessions in particular that Pousty found helpful. "That was a great experience for me", she recounts. She and the other participants were mentored this year by three TU9 universities: the Technical University of Darmstadt, Technische Universität Dresden and Leibniz University Hannover. Each has its own centre dedicated to promoting start-ups. Founders can forge some important initial contacts during Innovation Week and can then send off applications in the next step with a view to gaining access – slowly but surely – to the German and European start-up ecosystem. Especially in the STEM subjects, this ecosystem is becoming increasingly popular worldwide.

This is exactly what Humberto Martínez Barrón experienced, who took part in last year’s Innovation Week. The young founder from Mexico, who is working on an infrared sensor designed to supply nutrients to plants, got on so well with his coach from RWTH Aachen University that the latter encouraged him to apply to the university’s start-up programme. Barrón’s application was successful, allowing him to continue fine-tuning his idea during a so-called ideation process.

This was followed up by an incubator programme, likewise at RWTH Aachen University, then more networking and finally the advice from his coach that he should look for a co-founder for his project through the university’s network, as this would increase the chances of receiving early-stage financing. This is an area in which Germany is very well positioned, also by international standards. Currently, Barrón’s application for an EXIST Business Start-up Grant is being processed; this is a funding programme for university graduates run by the German Federal Ministry for Economic Affairs and Energy (BMWi). "It takes a while to get your head around all the requirements and regulations", explains the founder. Though his first attempt was unsuccessful, he now believes that his chances are good. "It is worth sticking with it."

More and more venture capital in Germany and Europe

Besides incubator programmes and state-run early-stage financing schemes, Germany and Europe can nowadays also compete internationally in the area of venture capital. For the first time, investors were also involved in the Innovation Week programme – providing ideas and advice during the Q&A sessions, for instance. One of the partners there was Dr Johannes Triebs from UNI-X, an Earlybird venture capital fund that focuses on very early-stage start-ups and technical university spin-offs.

Triebs thinks the format is great and could well imagine getting in touch with founders even after the event. Whether this will ultimately result in funding being provided will depend chiefly on the team’s overall capabilities, in his opinion. "A combination of technical and commercial knowledge is ideal", says Triebs. "The start-up idea should of course be properly thought through and function well at the technical level, but it is also vital not to ignore the customer side. This expertise should really be there from the outset."

The founders are already well on their way, as could be seen during the Innovation Week final pitches – which incidentally were public for the first time – on 19 November. Their ideas are visionary and tackle some of the major challenges facing society: fighting disease, generating renewable energy or finding strategies to adapt to climate change. For Dana Pousty, taking part in Innovation Week was doubly worthwhile in the end: she was awarded the jury’s first prize for her idea of disinfecting water with UV light.