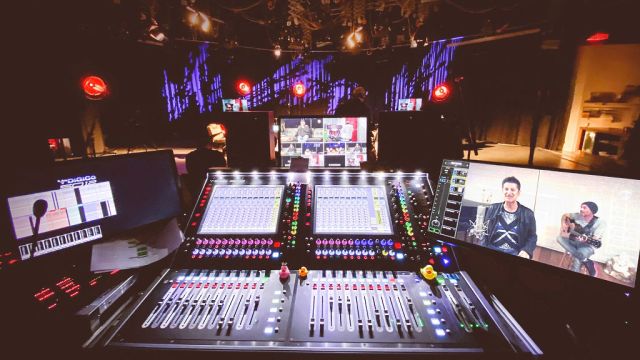 “Grid town” is the nickname often given to Mannheim in southwest Germany because of the grid system on which the city centre is based, an approach that is unusual in Germany. This arrangement gives a clue as to how the city evolved: established in the early seventeenth century, it was built as a baroque planned town. It quickly attracted Protestants fleeing from France on religious grounds, who helped shape the growing city. As a result, Mannheim became a city of international encounters from an early stage. Since 2014 the city has had another name: UNESCO City of Music – once again it is worth taking a look back in time to learn more. In the eighteenth century, Mannheim was already famous for its composers, violinists and orchestral musicians; it was home to the so-called “Mannheim School” (only in German). After the Second World War, US military personnel stationed in the city also influenced the cultural scene, allowing jazz and blues to take root.

Nowadays it is impossible to imagine Mannheim without its numerous musicians. Many have become known throughout Germany, including the singer Joy Fleming and the band “Söhne Mannheims” (“Sons of Mannheim”). And it is probably no coincidence that newcomers such as Joris, Max Giesinger or Alice Merton (whose hit “No roots” stormed the international charts in 2017) launched their musical careers in Mannheim: since the late 1990s, the city has systematically promoted degrees in music and music events. Besides classical concerts, these include “Enjoy Jazz”, the international jazz festival that is held in Mannheim and in the neighbouring cities of Heidelberg and Ludwigshafen.

Furthermore, the Popakademie Baden-Württemberg, a university of popular music, was established in 2003. The university provides practical training not only for musicians, but also for future music producers and managers, in three bachelor’s and two master’s degree courses. Many of the 400 or so students come from German-speaking countries, though young people from abroad are also attracted to Mannheim. “The Popakademie is currently involved in 28 international university partnerships”, explains President and CEO Udo Dahmen. These include exchange projects with Senegal, as well as with Namibia starting in 2021. People from all over the world come to Mannheim to attend the “International Songwriter Week” and “International Summer Camp” each year.

In a parallel step, a creative industry start-up centre has been set up in the immediate vicinity of the Popakademie. “This bundling of activities was encouraged at the political level in order to offer graduates a platform and tie them to the region,” explains Dahmen. For nearly two decades, the so-called “Mannheim model” has been systematically linking young musicians, the music industry and the start-up scene – an approach that is unique in Germany.

In recognition of these many activities to promote music, Mannheim was awarded the title “UNESCO City of Music”, making it one of a worldwide network of particularly creative cities. Other UNESCO Cities of Music include Glasgow in Scotland, Ramallah in the West Bank, Kansas City in the USA and Kazan in Russia. “Many are what are known as secondary cities, which – like Mannheim – are perhaps not appealing at first glance, but are in fact extremely attractive upon closer inspection”, says Dahmen. Music has had a lasting and positive influence on the development of these cities. The network is now helping to extend its international reach by running joint programmes. Mannheim is cooperating with Bogotá in Colombia, for example.

“As a UNESCO City of Music, Mannheim has experienced a considerable boom”, says Dahmen. All the same, 2020 was no easy year: concerts, workshops and face-to-face meetings had to be cancelled because of the coronavirus pandemic. Things switched online instead: in November 2020, the Popakademie staged its major annual “World Drum Festival” – more than 1,200 people watched the live stream.