Between slavery and freedom 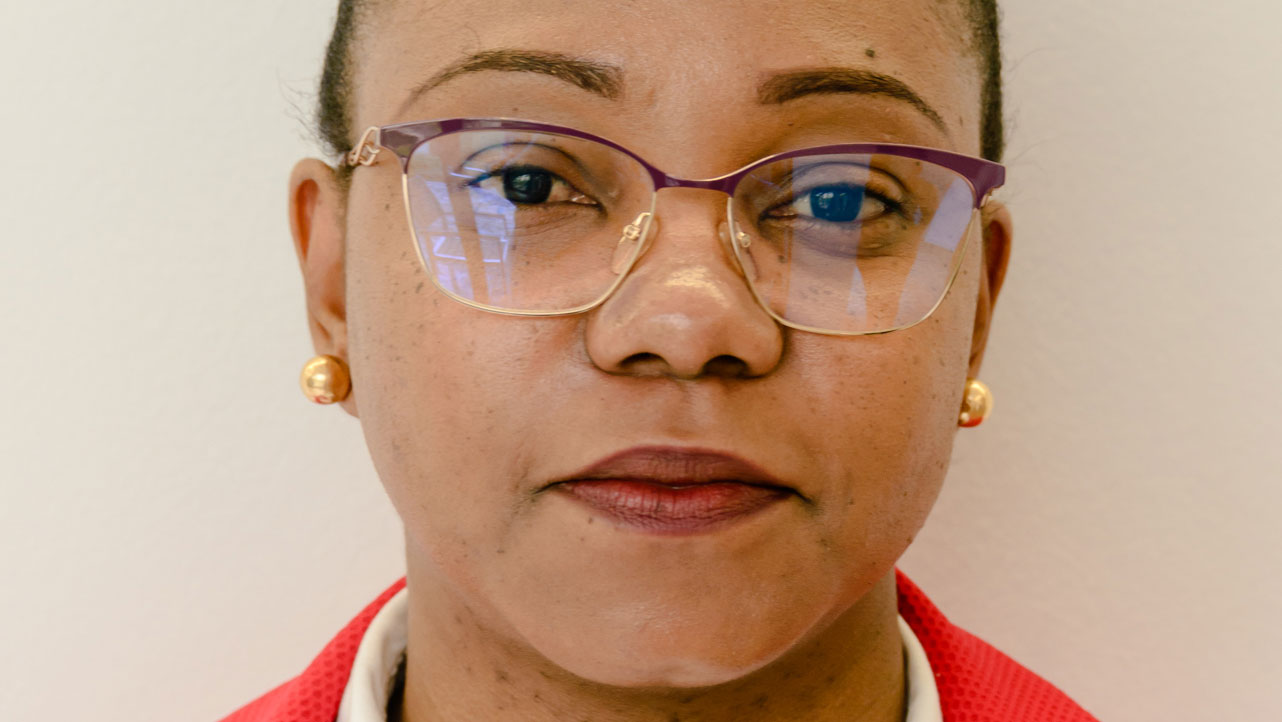 The port city of Benguela in the southwest African country of Angola was founded by the Portuguese in 1617. For centuries it served as a centre for the transatlantic slave trade, though it was also part of the Ibero-Atlantic cultural world in which local ideas and traditions blended with those of the Portuguese colonialists. It is this more comprehensive perspective that the Angolan historian Juelma da Conceição Gomes de Matos Ñgala is interested in. "Usually historians focus on slavery only", she explains.

Since 2019, she has been pursuing her PhD in the Cluster of Excellence "Beyond Slavery and Freedom: Asymmetrical Dependencies in Pre-Modern Societies". While the cluster is based at the University of Bonn, de Matos Ñgala conducts her research at the associated Max Planck Institute (MPI) for Legal History and Legal Theory in Frankfurt am Main and the Faculdade de Letras of the Universidade de Lisboa. She began her research in 2017 by studying and cataloguing court records in her home town of Benguela. The files at Benguela District Court document legal proceedings from the late nineteenth and early twentieth centuries. Together with two Brazilian historians – one of whom, Dr Mariana Armond Dias Paes, is now her research group leader – de Matos Ñgala plans to publish the documents in 2022 on an open access basis to make them freely available to other researchers.

The state between slavery and freedom

For her doctoral thesis in the cluster research group "Law and the Creation of Dependency in the Ibero-Atlantic" and at the MPI, de Matos Ñgala is exploring the forms of slavery and dependency in which people lived in the second half of the nineteenth century in Benguela: which conflicts resulted from these dependency relationships, how were they interpreted in legal practice, and what impact did this have in turn on colonial law?

The historian emphatically repeats that she does not wish to concentrate only on slavery. "I want to highlight the dependency relationships that existed between slavery and freedom." One example she cites are the Africans in Benguela who were known as "aggregados"; they were formally free and were protected by the pater familias. "They were, for example, women who were former slaves and were now sewing clothes for the head of the household", explains de Matos Ñgala. However, the heads of the household were not necessarily Portuguese men, but could equally well have been African women, she stresses.

Courts were an institution of the colonial power, and the judges were its representatives. Nonetheless, explains Matos Ñgala, they did not necessarily rule in the interests of the colonialists. As in the case of Clementina, for example, who was an African slave who had been given her freedom by her former owner: "Together with her lawyer she sued a member of the military who had enslaved her again, claiming that he had fallen in love with her. But the judge accepted the letter that had set her free", reports the historian from what she learnt from the court files.

The files are also valuable contemporary documents because they chart the entire course of many legal proceedings. Whether these concerned questions of ownership or matters such as trade or administrative disputes – the files contain everything from the original petitions submitted by residents or their lawyers to the minutes recorded by the clerks of the court and the verdicts of the judges. Juelma da Conceição Gomes de Matos Ñgala is not only the first Angolan to subject these documents to a scientific analysis; she is also the first to systematically research the legal and social history of her home country.

International perspectives in the cluster of excellence

In her view, the internationality of the MPI and the Cluster of Excellence "Beyond Slavery and Freedom" and the expertise of their researchers make them just the right place to do this. The cluster encompasses specialists in the fields of anthropology, sociology, archaeology, Asian and Islamic studies, theology, religious studies, mediaeval studies and history. "Here I am in contact with scholars from all over the world. This helps me to put the case of Benguela into a global perspective, to find out what is specific about it and what are general patterns."