Research to feed the world

The research conducted by Dr Richa Bharti from India combines biology, biochemistry, medicine and computer science. Read in our portrait why she chose to do her research in Germany, and what she particularly likes about living here. 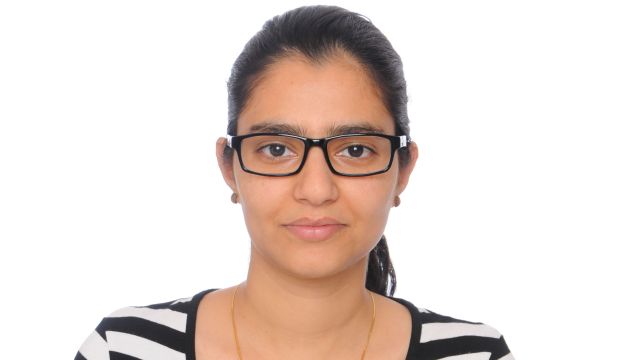 "Applied research is taken very seriously in Germany", says Dr Richa Bharti. "That suits me very well, as I want the results of my research to have an impact in the real world rather than just being read by other scientists." The bioinformatics specialist is part of a research group at Weihenstephan-Triesdorf University that is working on new analytical methods for bacteria and plant research.

More throughput thanks to artificial intelligence

"By 2050, the global population will have grown to such an extent that 73 percent more food will be needed to feed it than is the case today", explains Bharti, who is working as a postdoc. To achieve this, germination processes need to be better understood. Methods of machine learning and artificial intelligence are very helpful when it comes to examining these processes with a view to determining the quality and productivity of seeds: "This technology is of great interest when performing seed experiments with a high rate of throughput. Currently, such experiments tend to be done by hand every few hours, which makes them prone to error."

Ever since beginning her career, the young scientist from India has been conducting research that combines biology, biochemistry, medicine and computer science. The goal of her own current project, which sees her working with cutting-edge visualisation technologies, is to develop a data analysis platform for interdisciplinary use. "The platform will prove useful for researchers in medicine, and also for those in biotechnology and microbiology – the fields of study pursued by our neighbours here on campus. In fact, it can be used for any projects involving large quantities of highly complex data."

For nearly two years, Richa Bharti has been conducting her research at the TUM Campus Straubing, a joint research centre of the Technical University of Munich and Weihenstephan-Triesdorf University of Applied Sciences. Experts in various natural, engineering and economic sciences are collaborating there to develop sustainable technologies that can be used cost-effectively. "The campus is growing very quickly at the moment", she explains. "New scientists are arriving with their projects all the time – and with them new research topics, ideas and technologies. This presents ever new opportunities for cooperation."

At her home university in Amritsar in the Panjab, Richa Bharti first studied life sciences, then biology and bioinformatics. She switched to the renowned Jawaharlal Nehru University in Delhi for her master's, where she worked as a research associate after graduating. Before she came to Germany to do her PhD at Kiel University in 2012, she had never left India. "So that was a big and not all that easy step for me, but also a wonderful opportunity!" Bharti won the promotion prize of the Bruhn-Stiftung in Kiel, which is awarded once a year to support outstanding PhDs in medical research. In her doctoral thesis, she studied the factors that influence the balance of the microbiome in the gut. "The interplay between our bodies and the roughly one hundred trillion bacteria that live in symbiosis with us is incredibly interesting", she believes. Bharti is also working with microbiome data in her current project.

Within Germany, Bharti has moved ever further south: after spending two years as a postdoc at the University of Würzburg, Straubing in Lower Bavaria is now the third place in Germany where she is working and living. "In Kiel it was always cold and windy, so I hardly went outside. I like the weather in Bavaria much better, and really enjoy jogging and hiking here." In her free time, Richa Bharti also loves to play board and card games such as chess, Monopoly and Speed: "Before the pandemic I would often meet colleagues from Würzburg and Straubing for game nights." She feels that she has now arrived, both professionally and personally.